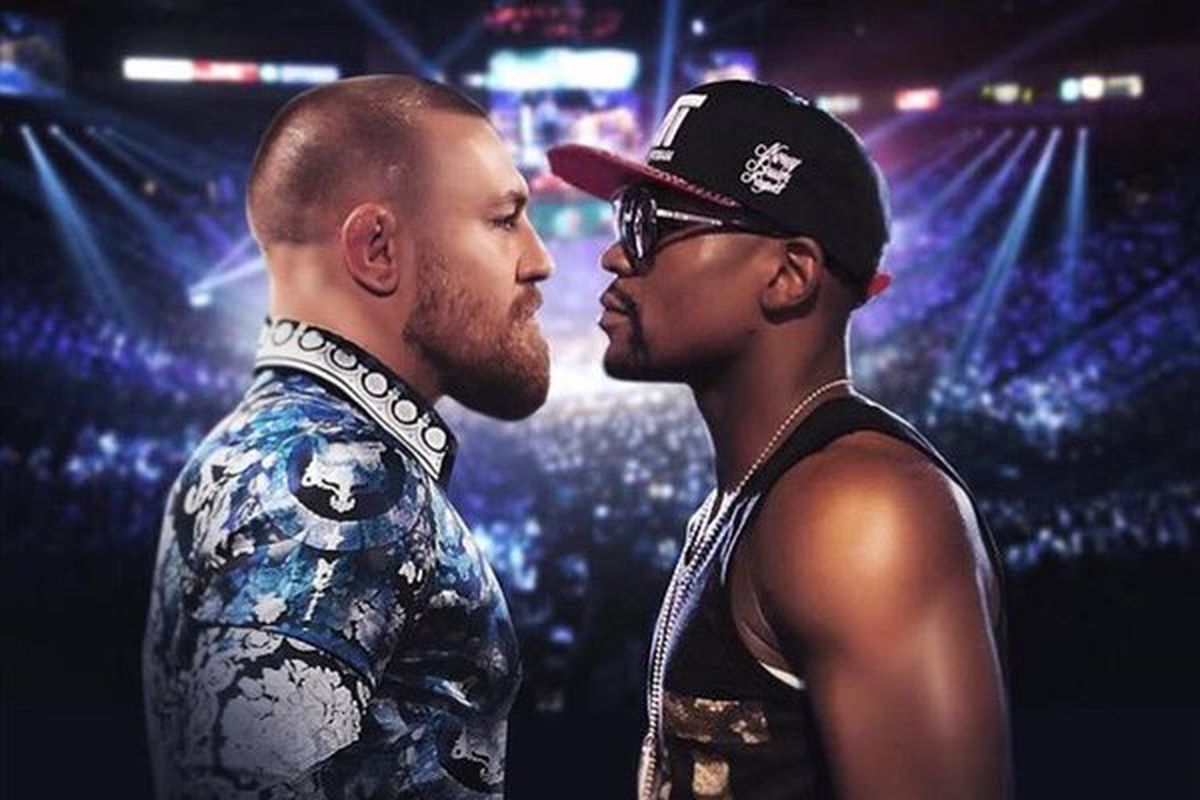 Mayweather vs McGregor: 4 Content Marketing Lessons “The Money Fight” can Teach You

In case you hadn’t heard, boxing promoters are taking a page out of the professional wrestling guide to quality fights, and on August 26 boxing artiste, Floyd Mayweather will be standing across the squared circle from MMA braggart, Conor McGregor, to bring this much-ballyhooed “money fight” to screens around the world.

You might be wondering what a boxing match has to do with Wetpaint Advertising. As for why we think this is a topic that deserves any space on our blog… well, it’s our opinion that this spectacle is not a fight as much as it is a perfect example of content marketing done right.

How so? Well, let us count the lessons that this event can teach you:

You do not roll out a marketing campaign without knowing that there is an audience receptive to what you’re selling.

Both Mayweather and McGregor are hot commodities to their respective audiences.

Floyd’s last fight is rumoured to have earned him a cool $240,000,000. For his part, McGregor’s motor mouth and penchant for highlight-reel knockouts have made him the star attraction of the Ultimate Fighting Championship’s (UFC) multi-billion dollar combat empire.

The rumours that the fight was in the works started months before any contracts were signed. For the last few weeks before the pugilists were ready to put their names on the dotted line, the hype had proven that there was indeed an audience, waiting with bated breath.

Highlight reels and fan-made promo posters were circulated around social media. Even people who barely watch boxing or couldn’t have named a single one of McGregor’s former opponents were frantically scrabbling for verifiable details about the anticipated showdown.

News outlets reported even when there was nothing to report, and every interview either man was in, ended up in a discussion about the other.

For their part, the promoters and the fighters both knew how to feed that need: sign the fight, book the press conferences and…

2. Don’t be afraid of a little controversy

The old promotional wisdom that “no news is good news” falls flat with these two controversy-riddled athletes.

Mayweather’s an avowedly avaricious character with a sketchy legal history, and every time McGregor opens his mouth he rubs someone the wrong way. This is a family-friendly blog, so we won’t get into the details, but the press conferences these two have held have been as animated and antagonistic as one might expect the fight itself to be.

Each man has a habit of saying the worst things in the most profitable ways and at least 80% of the money this fight makes will be paid by fans desperately hoping to see someone’s jaw wired shut.

The winner will forever be a hero in the eyes of those who were hoping to see his opponent fall.

The lesson here of course, is that controversy sells.

It can be risky in the business of brand building, but controversy doesn’t just earn a brand critics, it can also potentially earn loyal defenders and lifelong supporters, all based on taking a firm position on a polarising topic.

Incidentally, stirring up controversy is also a good way to achieve the next point.

We’ve discussed the importance of consumer-generated content recently and, if nothing else, this fight has tapped into the imaginations of the consumers in way that would have been impossible to express before the age of the internet.

Not only were fan-made posters of the fight circulating before the fight was even signed, but that, and more, continue to be made as fans hype up themselves and their peers in preparation for “The Money Fight”.

Video trailers, style breakdowns, fight analyses and near-infinite pages of forum posts have been generated by hardcore fans in anticipation. These fans, in their excitement, distribute this content, serving to inspire the imaginations of those who are less directly connected to the combat sports world but who, nonetheless, want to be a part of what has quickly become a larger-than-life experience.

When content marketing taps into virality, as is the case here, it transcends its own limits and takes on a life of its own.

More than just an audience, content marketing creates a community whose members speak the same language, tell the same jokes and laugh at the same memes. When done right, when the content is accessible and taps into some portion of the wider cultural zeitgeist, then the content itself becomes the product, the show. The spectacle.

In Mayweather vs McGregor, we have a boxing match between the 49-0 greatest boxer of a generation and, essentially, a boxing amateur with a 0-0 record in the sport.

Much like the Pacquiao fight, there is little reason to believe that the result of the contest will be anything but a predictably comfortable win for Mayweather. If the fight itself were the actual product and was being sold on its own merits, it would be a financial failure.

The fight isn’t really what’s being sold, though.

What’s being sold here is the experience – the press conference face-offs, the back-and-forth arguments between boxing and MMA fans, the one-liners exchanged between McGregor and Mayweather.

All this and more.

What’s being sold is everything surrounding the product.

In this case, the product just serves as an excuse for its own marketing, because the marketing is where the real action is.

Truly successful content marketing inspires its audience with compelling storytelling. It engages interest by inspiring possibilities through carefully crafted narratives. It leverages social media and the engaged consumers it already has to create a ripple of influence across a far larger potential audience.

It doesn’t just sell products, it creates experiences centered on those products and invites communities of consumers to be a part of those experiences.

If you want to know more about content marketing, and the tools and tricks of the trade, contact Wetpaint Advertising.

What a great analogy! Thanks for the great read